How Has Marketing Evolved Over Time 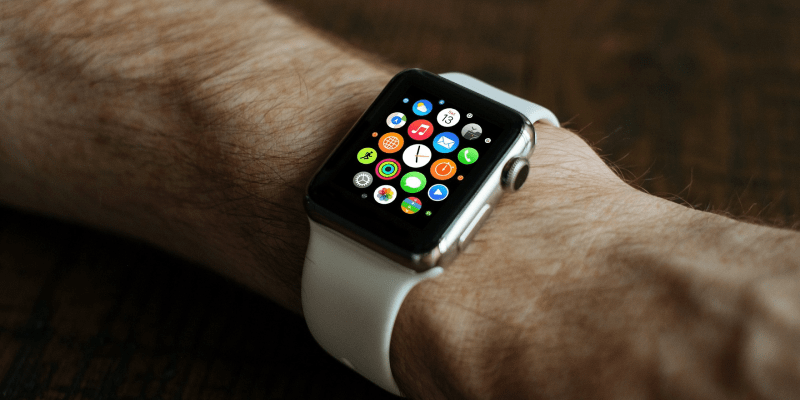 Why would you be interested in marketing evolution? If you think it’s waste of time, think again. Would it be better to anticipate the changes or to be struck by them?

I don’t claim that it’s possible to predict change in marketing, but I guarantee that if you’re aware of the marketing evolution and its cycles you won’t be unprepared when the next big thing to come.

In this blog post, I’ll start from the very beginning of marketing evolution, jump over the centuries briefly explaining big changes that were happening in the evolution process, up to the era of digital marketing.

Then I’ll go more in details in part about the era of Inbound marketing and finally end with analyzing things to come in marketing evolution.

Marketing Evolution Before the Internet

Marketing exists since ancient times. In China and India sellers were trying to persuade the buyers using their communication skills. In Rome, gladiators got paid to wear products.

So, wherever the big audience was looking at, the marketers have seen an opportunity. When you put it this way, in principle nothing changed. 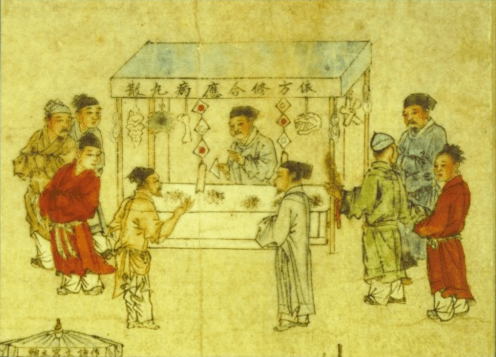 Well, this isn’t entirely true although it has been the case for a long period of time. Up until this millennium, to be precise, when marketing evolved from inbound to outbound.

It’s the techniques, medium and consequently relations that developed and made such impact on everything, including marketing.

Here is what mediums were used as marketing tools for advertising, over the time.

However, the concept of marketing started during the Industrial Revolution. 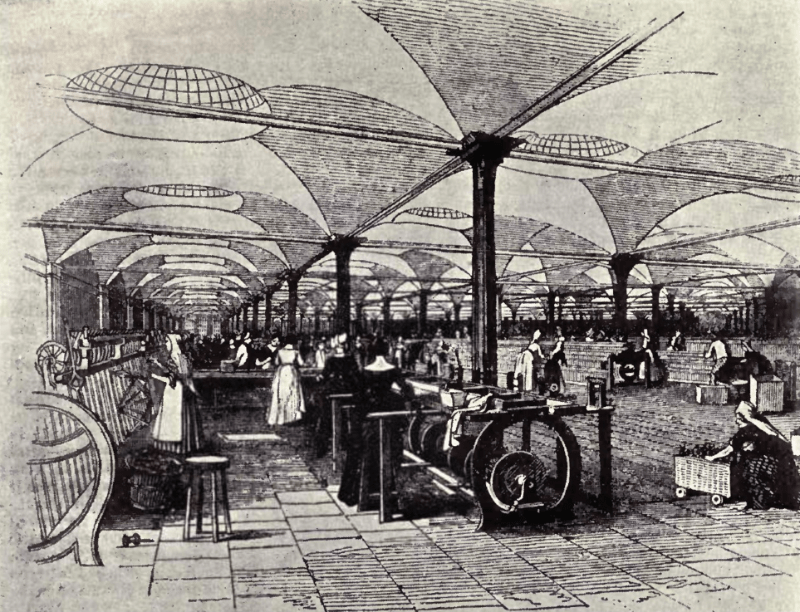 Lowering the costs of products and building infrastructure made purchasing things much easier for consumers than ever before.

After the WWII, business intensified and competition got stronger which created a need for using abilities to sell goods and services.

During the 60s, direct marketing specialists, marketing management, and strategic marketing planning become an essential part of the business.

Next important change happened in the 90s when companies realized that building brands was the way to increase market share. 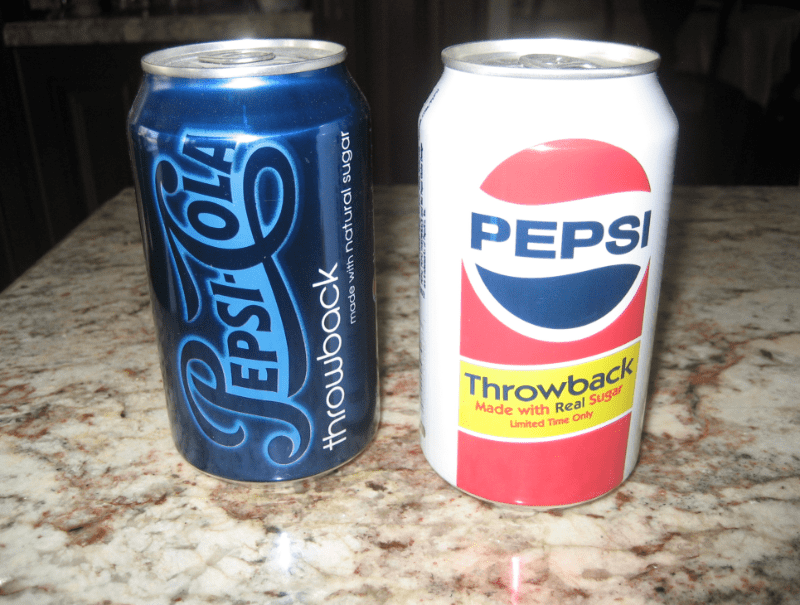 To picture the progress of marketing over the time, I suggest reading D.Steven White’s article The Evolution of Marketing.

He added two more eras to widely accepted theory that marketing had the five stages of evolution:

Indeed, after the production era, marketing has been evolving in 20 years cycles, so it seems perfectly reasonable that classic theory needed to be completed.

This can be backed up with earlier mentioned change from the 90s when companies started to focus on branding.

Of course, this is all very simplified and we could argue that cycles have become shorter in the last couple of decades, but let’s leave that to academic circles.

The important thing here is to notice that marketing has been evolving dynamically and obviously will continue so. Therefore businesses need to adapt to stay competitive.

Now, let’s see more closely what was happening online and how everything developed so much, in less than three decades.

The term digital marketing was first used in the 1990s when Internet came in a commercial sense. It took more than a decade to become the main platform for marketing activities. 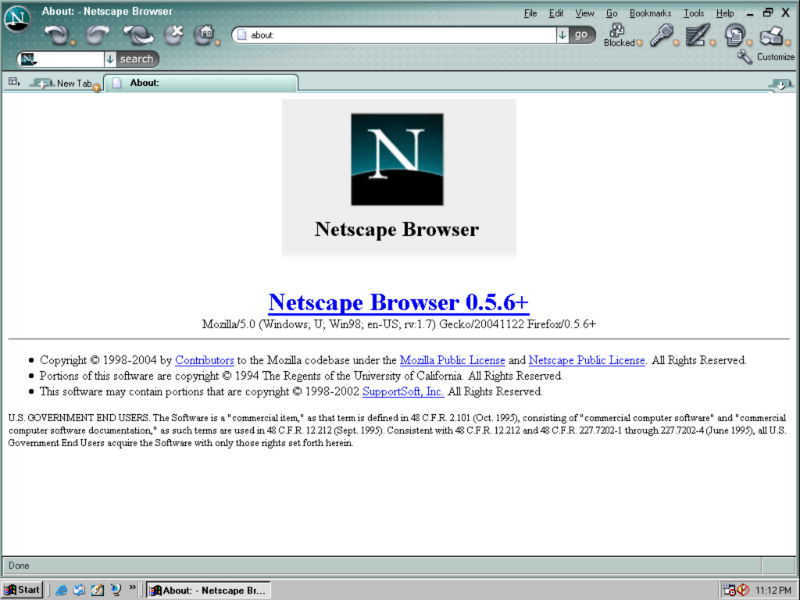 Two years after that the number of people using the web skyrocket to 70 million.

As that number was constantly growing the Internet evolved through today's biggest names like Google (1997), Amazon (1994) and eBay (1995). 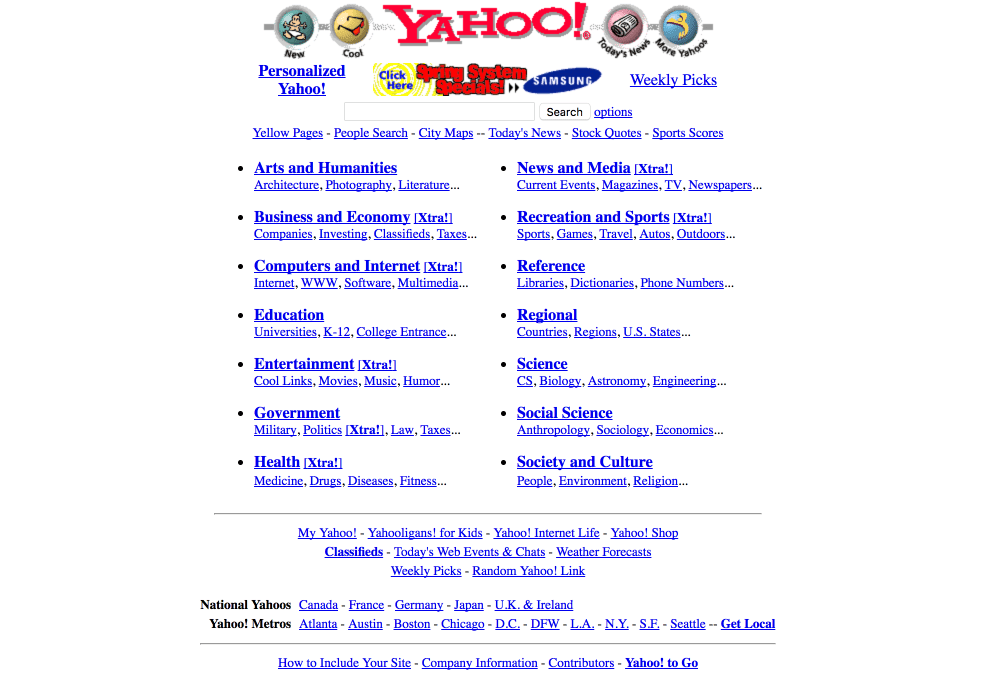 Yahoo (1994) was among few companies with the ability to generate big profit from online marketing.

Here is how Yahoo looked in 1995. In its first year, Yahoo got 1 million hits which was a signal for companies to modify their websites in order to reach high rankings.

In the late 90s, a drug company Bristol-Myers Squibb became the first company to launch an online marketing campaign.

The goal was raising awareness about the drug Excedrin, and free samples were available for the American Internet users.

What a success that was. In the first two days, the company collected 30,000 names on their online customer list. It wasn’t long before Microsoft and IBM incorporated their software into Bristol-Myer's online campaigns.

The Internet continues developing and the possibility to watch and search for anything was bigger every day.

That fundamentally changed marketing forever. It was a transition from outbound to inbound marketing.

The snippet from Voltier Digital infographic highlights the main differences between the inbound and the outbound marketer. 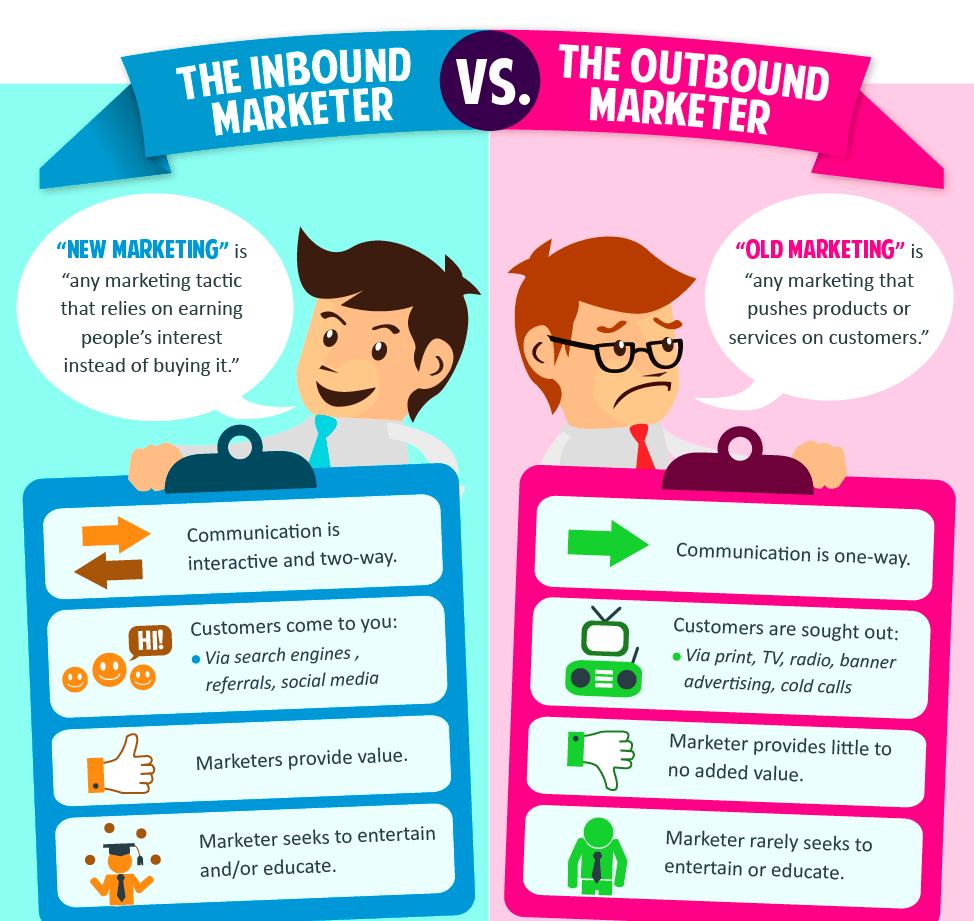 Basically, inbound marketing is an improvement in each and every aspect including:

Nowadays, to successfully keep up with this progress, every business, whether it’s B2B or B2C orientated, should invest in search engine optimization - SEO, content, social media and email marketing as essential parts of their marketing strategic plannings.

All these parts have been, and still, are developing and strongly affecting marketing evolution. Let’s see how.

From the dawn of the commercial use of Internet in the mid-90s, reaching high rankings in Search Engine Result Page (SERP), was the goal of the Internet marketing.

Still, one moment can be marked as pivotal in the history of search engine technology and digital marketing in general - the birth of Google. Google started in 1998.

Now, I’m going to say few words about the SEO factors that Google use in their algorithms.

While reading about it, try to think about all the implications it has to marketing evolution and you’ll understand the scale of development.

Google changes its algorithm 500 - 600 times per year and most of these changes are minor, but there are a few major updates. It’s estimated that there are more than 200 SEO factors.

Some are considered more important than others, including:

The purpose of the SEO factors is to make sure that people can find exactly what they are looking for using a search engine and to have a great user experience.

For example, if your website speed is very low, then you can’t expect great rankings because Google isn’t interested in delivering slow websites to its users. 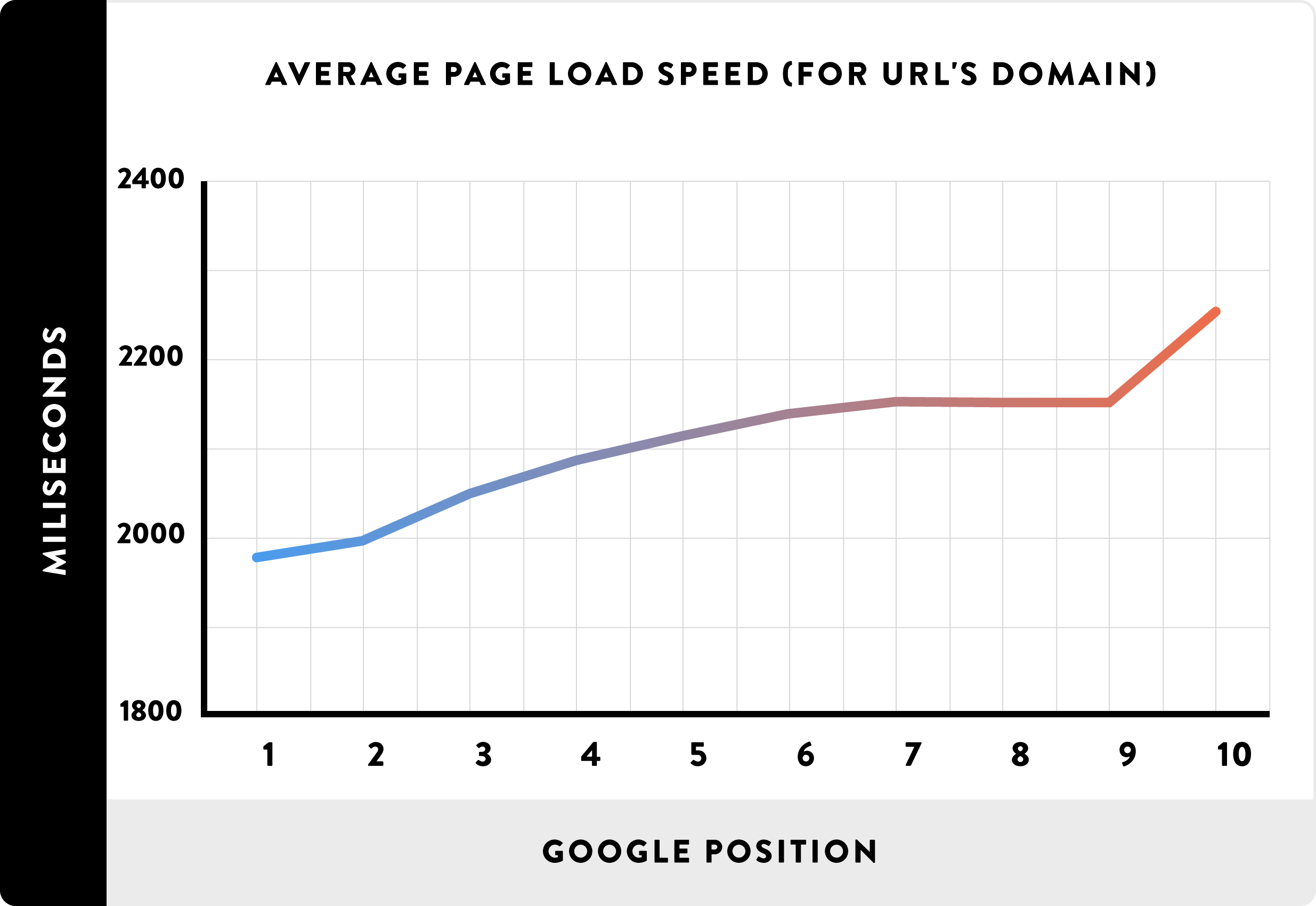 Backlinko analysis shows how sites whose average page load speed is near to 2 rank better. You don’t need to have a tech background since there are lots of tools that help you with SEO.

Here’s how to check how fast your website is Firstly, open Pingdom, enter your site URL and click on START TEST.

Within a couple of seconds, you’ll see the results.

Here’s what you want to see.

Jellymetrics is faster than 89% of Pingdom tested websites. Anyway, these are just SEO basics, so if you want to learn more about SEO I suggest starting from SEO audit.

The thing about SEO has always been the fact that only 10 results can be on the first SERP and growing competition on the first page is really what makes the difference in a marketing sense.

Businesses needed a way to attract visitors to their sites and dealing with constantly growing competition seemed a bit too much for the most.

The content marketing came as the answer. Thanks to it, everyone got the chance to drive visitors to their websites. 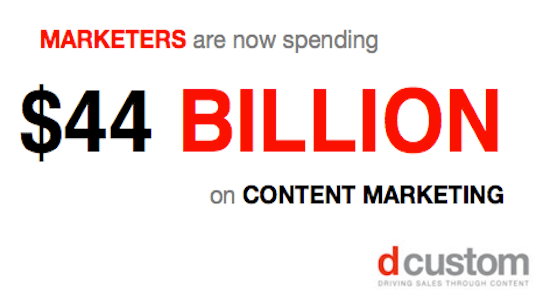 However, you need to write really long articles because they tend to rank higher than those 200 - 300 words articles.

Specifically, articles with more than 2,000 words rank the best in Google SERP. 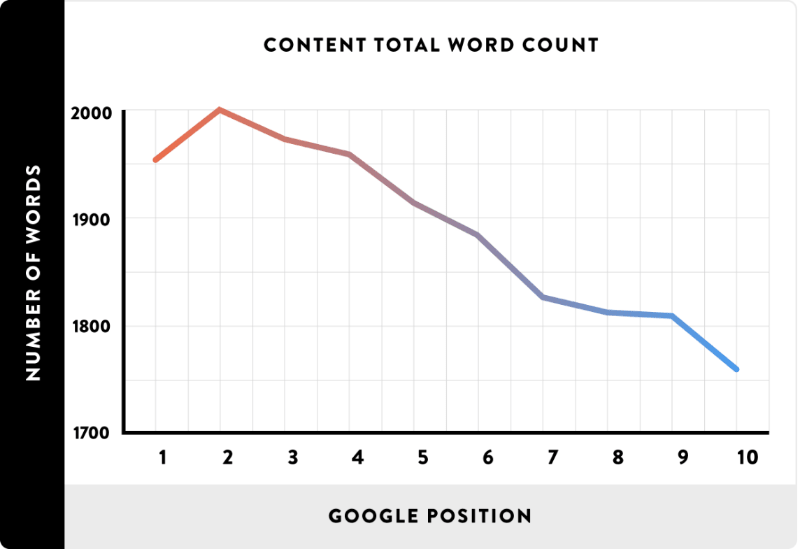 The photo above shows how SEO and content marketing are connected. 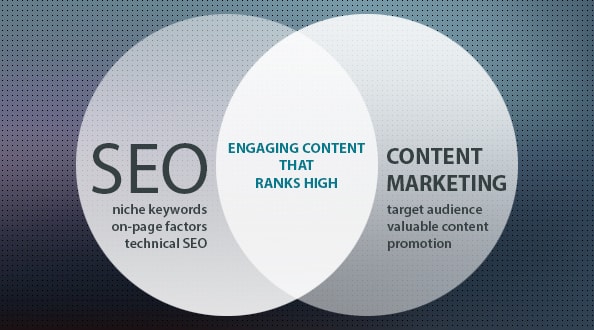 It’s funny that when we say SEO we usually mean on Google, but don’t forget that there are many different search engines such as Bing, Yahoo, YouTube etc.

The only difference is the medium type (you use videos).

After emails and search engines, social networks came as the next big thing on the Internet. 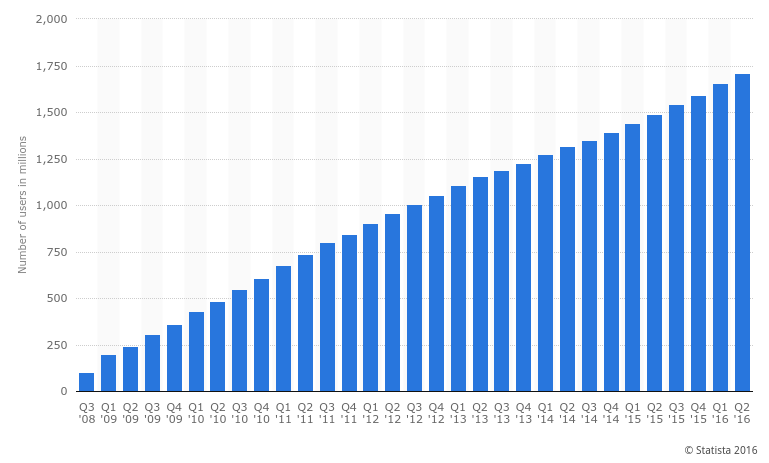 Facebook made targeting more precise than ever before. Segmenting customers by different attributes like age, gender, location and personal interest became possible in a few clicks.

From a marketing perspective, Facebook and Instagram grow to be great potential for B2C business while Twitter and LinkedIn are better suited for B2B’s. Sprout Social has found that Facebook is still the main social network for Americans.

In fact, Americans spend 40 minutes each day, and after that, Tumblr and Instagram come. 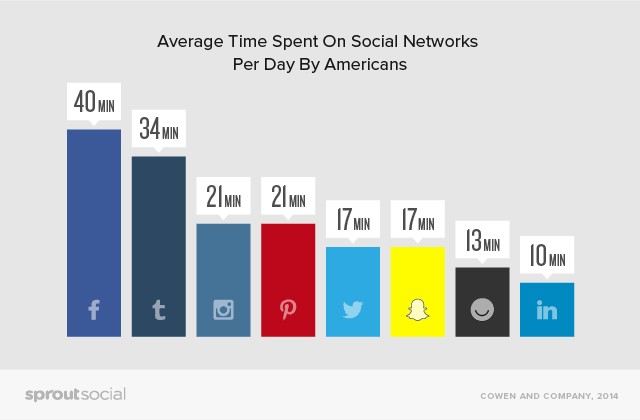 That means every marketer has to invest enough time in managing social network profiles, but the question is - How much does it cost you?

According to SocialMediaToday, 43% businesses spend 6 or more hours per week on social media.

Unlike social networks, emails have been present from the beginning. Email marketing has always been marketing channel with the best ROI.

That’s why all the content creation and page optimization usually have a goal to build an email list. The following photo shows that Americans check their emails very often.

Only 1.6% Americans don’t check their emails. 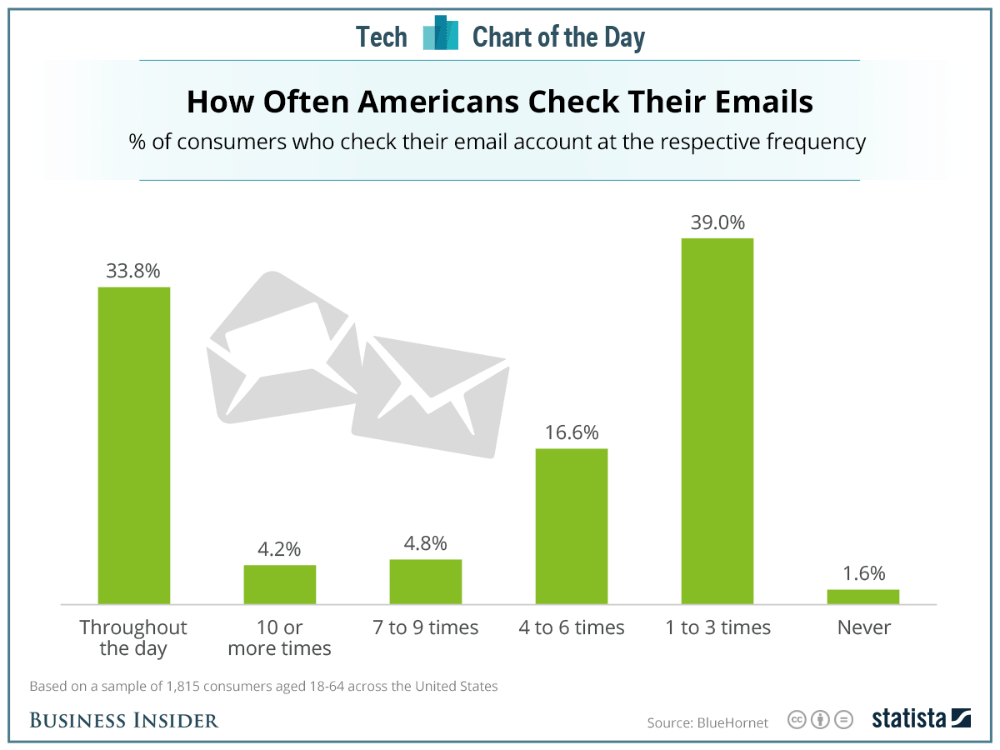 As Internet was growing the techniques to get emails had its own development. The same goes for sending emails. 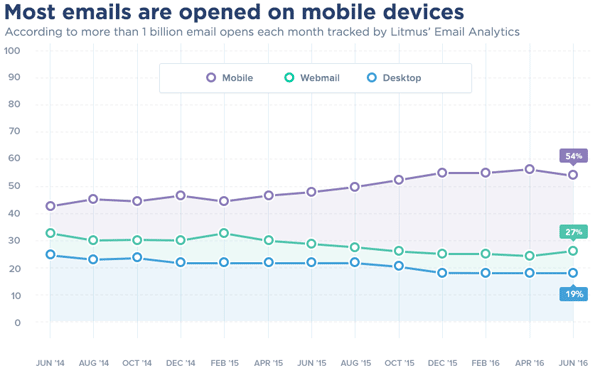 Seeing all this, it’s easy to conclude that inbound marketing means that you don’t force anything in relations with your customers.

Instead, you need to present yourself through your work so that your customer can recognize you as someone they want to work with.

That’s why I think that transition from outbound to inbound marketing is the biggest step in marketing evolution.

The Next Level of Marketing Evolution?

Digital marketing is officially the most important marketing platform in every aspect.

"In 2017, digital will become the single largest media investment channel, passing television for the first time"

Seeing the fast dynamic evolution, the question is what is the next level? Undoubtedly the answer is Artificial Intelligence - AI and Machine Learning.

But, the biggest online retailer - Amazon with its AI-driven and voice interactive home assistants is announcing what might be the biggest change in marketing since the beginning of digital marketing.

What’s more, it fits perfectly in marketing evolution cycles that we talked about earlier. I’d place my bet that AI is coming as the new era in marketing.

The majority of marketing executives think the same. 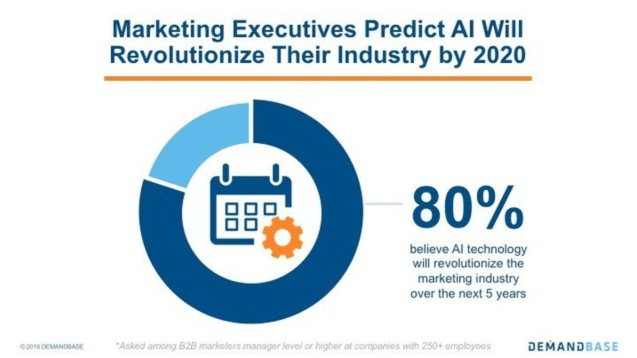 According to Gartner, by 2019, in at least 25 percent of households in developed economies, the digital assistants on smartphones and other devices will serve as the primary interface to connected home services. 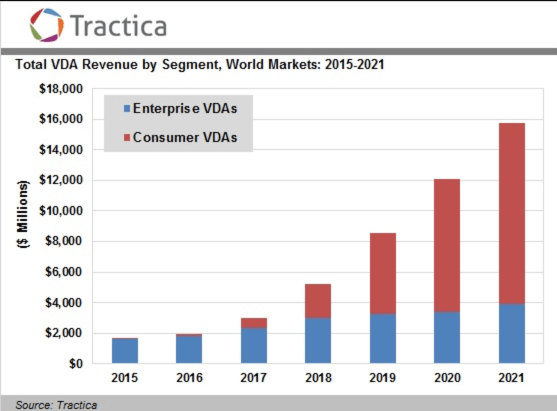 We can expect Amazon, Google, Apple and some others to continue running the game and provide technology to drive the world of marketing.